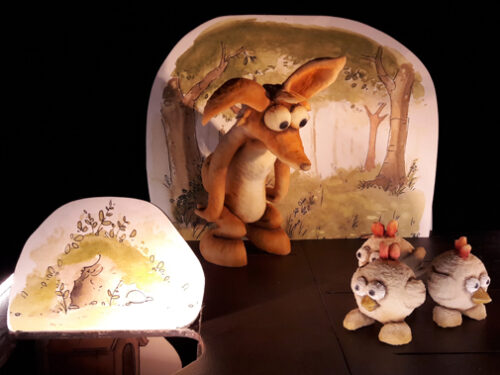 This is the story of a fox that is neither big nor mean, but would like to be both. Farm animals don’t take a scrawny, frightened fox like him seriously so claiming his spot at the top of the food chain isn’t easy. The wolf, whom the fox finds both impressive and intimidating, suggests that eggs are a lot easier to steal than hens. We follow, step by step, the impossible quest of a fox who tries to become the story’s bad guy despite his naiveté and his enormous heart. Read more