For adults, 16 years and over.

With its surprising collage of toy soldiers, war toys and plastic machine guns, Plastic Heroes tells the story of a ridiculous and absurd war where there is no clear enemy or goal. The innocence of child’s play meets the bloody reality of war, as desire, violence, sex, hatred and fear are cleverly laid out on a table by Israeli artist Ariel Doron. A theatre of objects that is all at once light, deep, funny and cruel.

Few words. In French and in English.

“War is about to begin: now is the time to become heroes. But the soldiers are made of plastic, the battlefield is a table and home is just a distant image on a screen. In a combat with no clear enemy or goal, the border between reality and fantasy blurs: is this really happening, or is it all just a game?” Ariel Doron

Once again, Théâtre Aux Écuries and Casteliers team up to bring the work of an internationally renowned puppeteer to the Montréal stage. This year, we chose to invite Ariel Doron, an artist who masters a wide variety of puppetry forms and juggles with a number of projects both as a performer and as a stage director. In recent years, two of his shows have been presented at festivals and in theatres around the world: his glove puppet show Pinhas! Punch in The Holy Land (a personal take on a traditional English puppet show, a wild and satirical adaptation based on the Israeli political context), and Plastic Heroes, his object theatre show for adult and teen audiences.

Object Design and Construction: The People of China

The show was produced with the support of Hanut 31 Theatre

With support from the Consulate General of Israel in Montréal 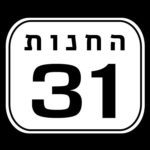