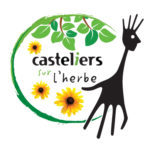 This is the story of guard cat named Hypolite, in charge of keeping an eye on a trunk and making sure that nothing escapes from it. Then, one day, a most improbable creature tries to escape…

Founded in 2002, Teatro Golondrino presents its shows in streets and in festivals around the world. The company’s simple stories are influenced by modern life and are transposed into a retro universe that borrows from the comic strip and animated film esthetics. With expertise, humour and sensitivity, Christophe Croëz explores the emotional range and physical language of string marionettes.